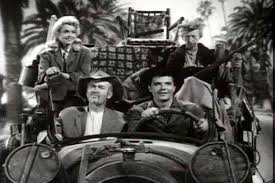 I had a fascinating experience recently. I have been trying to move house, but like many, struggling to sell, and the situation had been consuming a large amount of mental energy and attention for several months.

In essence, the scenario that I had been hoping to avoid at all costs – that we wouldn’t be able to move before the end of the year and would have to do an undesirable morning school commute for many more weeks – seemed now to be happening.

Having had a week or so away managing not to think about it too much, I returned from my trip with some trepidation to face the consequences.

Curiously on that first drive all the frustration and worry were absent. At first I assumed this must just be a post holiday honeymoon period. However, as the days went by, I still seemed to be doing ok with it.

Whereas before my mind had been playing a deafening soundtrack of self-doubt and frustration on my daily drives, without trying to do anything differently, I just seemed to accept that the move just wasn’t going to happen yet and that was kind of ok.

More than that, it actually started to look like maybe we weren’t ready to move just yet, and there were other things that it would be helpful to fall into place first.

I still had days and moments when I felt less sure of myself and the insecure thoughts returned, but whereas I’d found them totally compelling before, having now regained my mental balance I just knew that they weren’t telling me anything helpful about my situation, and that I didn’t need to give them as much attention as I had before.

Two things in particular struck me about this.

Firstly, what a vivid reminder that the relationship between what’s happening in our lives and how we are experiencing those circumstances is not all it seems.

If it is possible to feel totally differently about the same situation from one day to the next the source of that experience is unmistakably coming from somewhere else.

Whilst nothing in my situation had changed – if anything it was even less hopeful – how I was thinking about it most certainly had. In effect the swirling mass of uncomfortable thoughts that had been my mental wallpaper for a few months fell away when I stopped giving them my attention, and with that off my mind a fresh perspective emerged which just felt truer and more helpful.

The second thing that struck me is how we never really know how we will think and feel about something until it actually happens.

For months the situation I was now in seemed a major problem, one that would be challenging to put up with for any length of time, let alone indefinitely.

In fact, whilst my commute is not ideal, unexpected solutions have emerged to mitigate the impact, we’ve discovered the joy of kids’ podcasts, and it is so far not the nightmare I had feared.

What’s so reassuring to know is that even when we are going through challenging times the capacity for our minds to reset and a fresh, clearer perspective to emerge is always available. I didn’t have to do anything for my thinking to change, it happened by itself when I wasn’t getting in the way, that’s just how we’re designed.

If you’ve had any stories of similar experiences or would like some help to regain your mental balance and clarity get in touch via LI or matt@unstoppable-together.co.uk