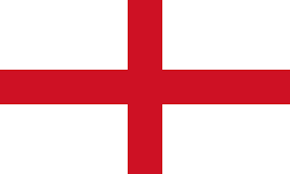 I was really struck how much they put down their victory to mental attitude.  They repeatedly mentioned the value of staying ‘in the moment’, their ability to remain mentally fully present in the face of the challenging situations they found themselves in the match, most of all in the final penalty shoot out.

What distinguished this team from the many we have watched over the past few decades is that when the game went against them –they conceded an equaliser in extra time and then weathered a buoyant opposition attack in extra time before facing them on penalties – they maintained the mental clarity and strength to keep on doing what they knew and believed in to do until the job was done.

Reading between the lines, what is so potent here is that they didn’t give attention or dwell on the concerned, frustrated, angry, insecure, exhausted thinking they must all have experienced at moments in the match, or that of their team mates. In not doing so they maintained access to their inner wealth of resilience, creativity and judgement, as well as preserving vital physical energy.

The equation is very simple, the less of our mental bandwidth we take up with thinking ABOUT what is going on and HOW we are dealing with it, the more is available for ACTUALLY dealing with the situations in front of us.

Just as the players testified, this meant they could draw on everything they had practiced and learnt that would be helpful – for example their strategies for taking and defending penalties – whilst remaining responsive to what was happening in the moment – a poor opposition penalty that was in reach of a strong hand to stop it.

I never thought I’d be saying this, but we can learn a great deal from England and indeed many of the elite sportspeople that have represented the UK so well in recent years. They have recognised that in the heat of competition, their capacity to stay present and clear headed is just as important as their skill and physical fitness. In fact it is very often what gives one team or individual the edge in competition.

It is no different for any other individual or team pursuing a goal in challenging situations. In a business context ‘matches’ are typically played out over much longer timeframes and often with much less predictable twists and turns. However, teams are subject to exactly the same ebbs and  flows in external pressures, momentum and mental performance.

When you are trying to achieve something remarkable you need everyone in your team free to give their very best performance, accessing their full mental capacity and staying connected and committed to each other.

If you or your team would like an injection of that England resilience and team spirit, that is exactly what we do at Unstoppable! so get in touch via LI or matt@unstoppable-together.co.uk